This is a Guitar Chord Chart… It corresponds to this view of the guitar: 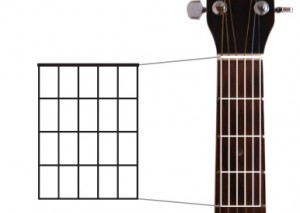 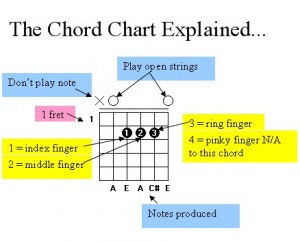 And so here is a guitar chord chart I made…

The “A” chord form shown is of a type which I usually call First Position Chords. 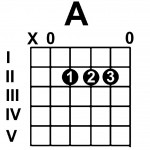 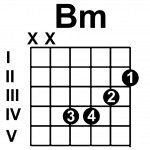 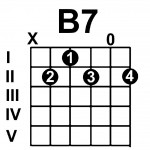 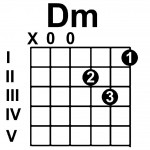 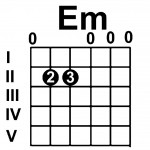 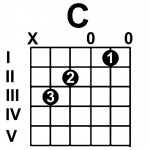 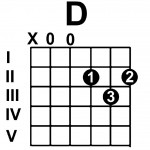 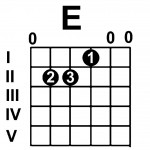 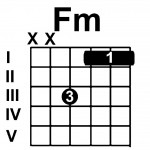 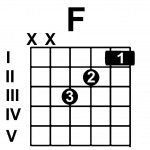 Surprisingly, B7 isn’t as hard to finger on the guitar as it looks; contrarily, F is the chord that millions have quit the guitar over. It needn’t be so. Check out EZ-F: 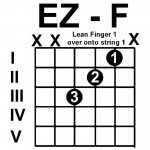 It’s a very odd coincidence indeed, that there are 7 majorly discernible intervals in both the musical octave, or sound spectrum, and the colors in the visible light

I’m not saying this means there’s a God, but it does make you wonder…