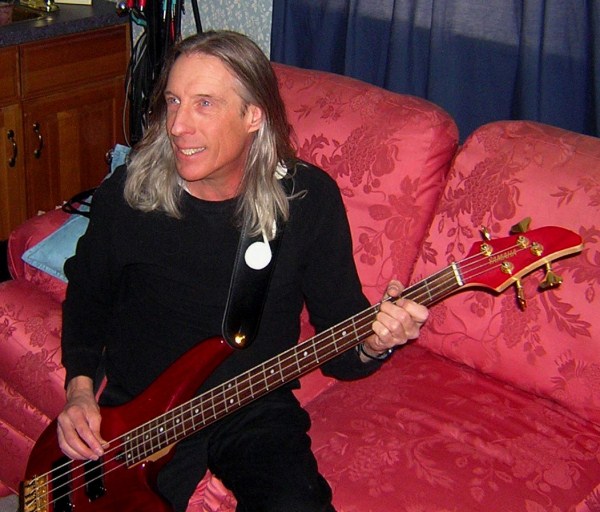 ‘All I wanted to do was play’

When you walk into Phil Westfall’s music studio on Tejon Street in Colorado Springs, you’ll probably notice its relaxed and lived-in look. It’s clearly a place where creativity abounds. 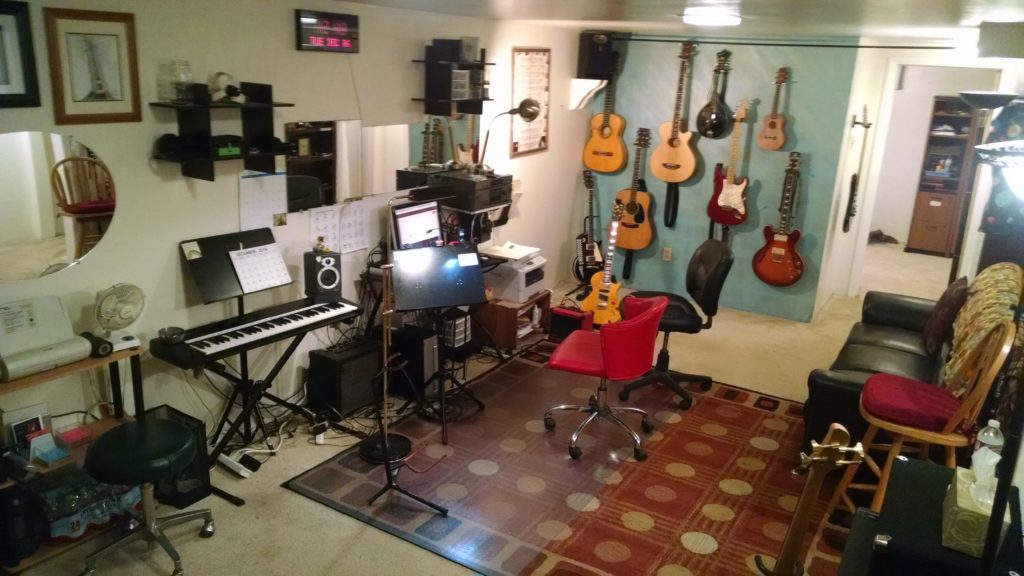 Guitars are perched on stands or leaning against the couch. Amplifiers and a keyboard are shoved against the wall near the studio’s only window, and used as counter tops for guitar picks, tuners, notes and other musical ephemera that’s no doubt vitally important to Phil conducting business.

If you take music lessons from Phil, 60, you’ll get more than you bargained for. He’ll teach its rudiments, its theory and how to bridge the gap between the two, but you’ll also spend time with someone as invested in your learning experience as you are. If you’re as enthusiastic about learning how to play, he’s “your guy.”

Phil defines success as “helping each student learn to play the music they love and have fun doing it.”

“I want to give them the tools to continue their musical progress without me, and give each student a basic understanding of music while providing in-depth knowledge of music theory for those who wish to learn it,” he said.

Phil wants his students to succeed. He wants them to achieve their musical goal, whether it’s playing an instrument well enough to perform in front of a campfire or an audience.

“My overall goal is to teach my students to attain a performance level of delivery on at least a few of the songs they learn,” he said.

Phil has shared his musical knowledge for 50 years, he said. He was born in Los Angeles in 1957 and grew up in suburban Escondido, California, 40 miles north of San Diego.

“Escondido was a little cow town of 20,000 when I first arrived there,” he said. “It was covered in Eucalyptus groves — an invasive species to ‘Cali’ I later learned — and vineyards and pastures where my family lived, about two miles from downtown.”

Phil’s childhood was fun, he said, and included “a lot of running,” bike riding and music — always music.

“I was always fascinated by music and can recall singing along with the Captain Kangaroo theme sitting in a potty-chair,” he said. “Classical and cartoon music were both very early influences, along with AM radio and the Hit Parade.”

Phil began taking piano lessons when he was six, not a surprise for a child born into a musical family which included his mother who sang in the church choir.

“She was a fabulous soprano,” he said. “By the time I was 7, I was allowed into the [choir] rehearsal.”

His three brothers also played musical instruments and his dad was a middling guitar player.

“My dad wasn’t as musical but he loved it,” he said. “His guitar was always around.”

Phil’s musical journey started picking up speed when a local rock band performed at his elementary school. He was 9-years old.

“I always loved music but that live performance lit the desire in me,” he said. “All I wanted to do after that was play.”

His childhood musical influences include The Who, The Rolling Stones, Cream, The Doors and other popular bands of the era, but it’s The Beatles who inspired him to dedicate his life to music.

“They showed me you could get girls to chase you simply by holding a guitar,” he said.

Phil’s father bought him an electric guitar and an amplifier when he was 10 and he began taking guitar instruction from George Doering, a neighbor and musical prodigy who lived nearby.

He studied under George, 62, for almost a decade, occasionally playing music with his brother Brian on drums.

“A lot of guys came and went but it was always me and Phil and Brian,” George said. “If Phil brings one thing with him, it’s enthusiasm. He was always enthusiastic about music and I’m sure he’s as enthusiastic now as he was then.”

George has 40 years of studio work on his resume’ for major recording artists including Neil Young, James Taylor and Barbara Streisand. He’s also performed in the Academy Award’s Band and composed music for the soundtracks of major films. For all of his accomplishments, George credits Phil as the “natural musician.”

“I learned as much from him as he may have learned from me,” George said. “He could just play anything and figure anything out.”

While Phil was figuring it out, he absorbed the music of 60s’ and 70s’ rock bands like a sponge.

“A few months after starting at age 10, I could play over 200 Beatles’ songs and a host of other stuff, including worship numbers we played in the Guitar Mass at Saint Mary’s Catholic Church,” he said. “The guitar became a lot more important to me than girls until I turned about 14 or so, although it remained at least as important.”

Eventually, local bands clamored for Phil to join them.

“Bands wanted me because I could pick out all the parts by ear and show the fellows how to play them,” he said.

“Phil was always there and he was valuable because he could figure out any song,” he said.

Since his days as a burgeoning musician in Escondido, Phil has mastered the guitar, ukulele, mandolin, harmonica and other instruments. For all this, he said his formal music career really began in 2005 when he started making his living as a music instructor.

Phil appreciates the music of his youth, but enjoys modern bands too, including The Black Keys, Blues guitar-slinger Joe Bonamassa, Imagine Dragons, Lenny Kravitz, and others.

“I love at least 500 bands and artists equally,” he said.

His three favorite guitarists are Bonamassa “for his raw emotion and energy,” Dire Straits’ Mark Knofler “for his finger-plucking excellence,” and Carlos Santa, for his “amazing, melodic and emotional range of expression,” he said.

So this is what you’re getting into when you sign up to take lessons from Phil. Whether you’re 10 years-old or in your 40s like me, he’s got a lot to teach you. I should know because he’s been my instructor for more than three years and our weekly lessons have profoundly expanded my musical world and abilities.

Phil’s greatest gift as an instructor is that he puts at least as much effort into your learning experience as you do, and he teaches organically. You’ll begin to appreciate the process of learning and grow confident that all those things you don’t understand will fall into place. 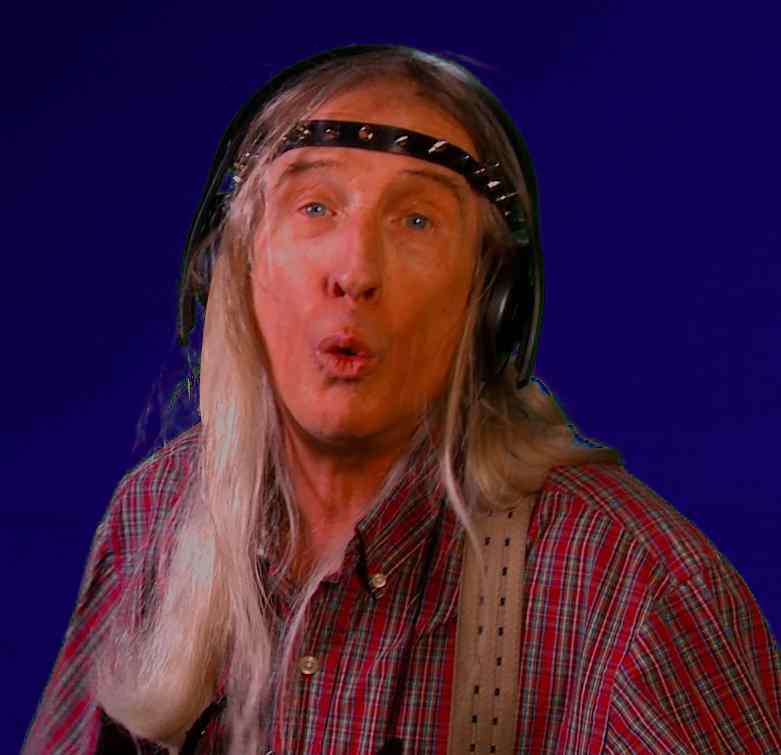 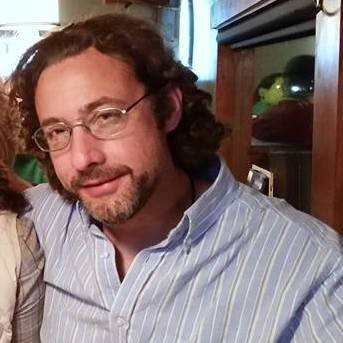